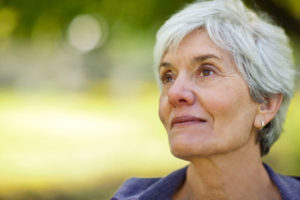 Reflections on the Faces experience

I spent many years of my life debating with myself whether I created this spiritual scenario out of an overactive childish imagination, or if it was real. Many times I would ask myself—Did I honestly have such a profoundly spiritual experience? Just as often did common sense rise up to challenge my doubt—How in the world could a young child, barely out of toddler stage, conjure up such a deeply philosophical scenario as the memory I still hold so clearly? I think it significant that in my twenties when I wrote down the experience, I was far from even beginning to develop the sophisticated metaphysical and spiritual ideas I would hold much later in life, almost all acquired after age fifty.

But that question no longer matters, for after five decades of encountering other “supra”-normal experiences, I concluded the faces experience had to have truly happened, and exactly as I remember it. I gave it a fair challenge. For the forty-five years between ages 25 and 70 I was genuinely agnostic about all things religious or spiritual—including my own three-year-old experience in the spiritual category. Beginning with those early childhood ruminations on why Baptists liked musical accompaniment while Church of Christers thought the very same thing a grievous sin, I have always regarded agnosticism as a most honorable expression of honesty, for to be agnostic simply means “I don’t know so I’m not going to pretend or claim that I do.” Would that there were more of it in this pretentious world.

And the honesty worked both ways. I remember preferring that the Faces experience was genuine, not something “merely” conjured up by childish imagination. But this preference conflicted with my strong scientific inclinations. Always drawn to the wonder-filled open mindedness of true scientific exploration, and skeptical of my own childhood memory, it seemed ludicrous that all-knowing spirits could have any need to be conducting an experiment of any kind. (Much later I would learn that various spiritual writings do in fact specifically speak of such experimentation across the Veil.)

The tug between equally strong scientific leanings and spiritual curiosity graphs as an ascending curve across my lifetime, abetted by reading everything I could find that dealt with unexplained phenomena. My curiosity about the unknown and unexplainable was insatiable through my teens and early adulthood. And, I can assure the doubtful, there are a lot of unexplained things out there in this world we think we know so well.

There is no doubt that my early childhood experience with the spiritual faces has affected my life profoundly. It raised a question about which I always felt as if I had to find an answer. The feeling nagged at me quietly but persistently over many years, and—in a low-level background sort of way—always felt like something I must do on my own.

I recall an incident in my early teens when I got up the courage to seek my father’s counsel on it. Beginning with something like, “Dad, I need to talk to you about something. All my life I’ve always felt a special feeling, like there’s something special that happened to me, that made me feel kind of special…” …I got no farther. His interruption was an angry, impatient rejoinder about not getting too big for my britches and saying silly things. Half a century would pass before I again mentioned to anyone what is undoubtedly one of the most significant, most meaningful, events of my long life.

Still, it might have just laid there and gone no farther had I not had those other, seemingly related, experiences that also could not be ignored. These include a series of unusually lucid dreams accumulated over the years, which will presently be shared in appropriate context. Let me just say each of these was dramatically unlike my usual dreams—simple, symbolic little dreamy things that rarely raise questions, quickly fade and are forgotten. Like that early childhood experience with the faces, these lucid dreams were dramatic and meaningful.  Every one of them remains bright in memory, which is unusual for me.

The dreams were capped one night when at about age seventy I had a real zinger—a lucid dream so powerful it left me with an understanding that summed up to a long-range purpose, a learning like an arch over the course of my lifetime. I will share it and the others in a later chapter. Thus I entered my seventh decade having moved beyond agnostic. Doubt was no longer relevant. With this latest dream, combined with all those other lucid dreams accumulated over the decades, and all that atop the Faces experience—plus decades of deep study across many fields of human knowledge—I was deposited onto new ground that insisted on recognition as no longer agnostic. I knew.

I knew something, and realized I had graduated. I understood—and recognized that what I understood was a perspective glimpsed by relatively few others (though in recent years I’ve been gratified to notice how many people are speaking out and writing about glimpsing similar perspectives). I had reached some spiritual conclusions after a great many years of focused intellectual hard work augmented by a series of serendipitous personal experiences over seven decades. I had not rushed to any judgment, but I knew I had reached a new plane of understanding.

By no means could this be called the “believing” of a religious believer based on faith. What in fact happened: I reached a conclusion, based on evidence—the scientific way. And when that foundational conclusion was in place, a substantial regime of corollary conclusions followed:  If—Then—Therefore.

If I see one single white crow, then assuredly I have to know—to conclude—that not all crows are black and the popular wisdom about exclusively black crows has been overturned. The only question now is whether others who didn’t see the crow for themselves will believe me. I normally would not particularly care whether others believe anything I have to say, for I know what I know, it satisfies my own criteria, and we’re all individually responsible for what we allow into (and exclude from) our personal banks of knowledge.  But the fact is I do care, deeply—and that for reasons to be addressed later.

Comparably, if I am one among a great many thousands of people who have reported experiencing a reality that is clearly “other than” the apparent reality of this universe we live in—and I am—and if those peoples’ experiences exhibit common features even though all those people don’t know each other and did not compare notes before reporting—and they don’t and didn’t—then, even though that greater reality seems non-material and inaccessible to the ordinary senses, it must be true. The sheer numbers of people reporting such experiences, and the very fact of common features and correlations recurring thousands of times, constitute credible evidence. It’s not quite the same as Sherlock Holmes’ wise axiom that after all other logical possibilities have been eliminated the one remaining must be true—but it’s comparably close.

Readers who ever seek knowledge and understanding, especially readers well grounded in science, will recognize the fundamentally important difference between “believing” and “concluding.” Our world overflows with opinions, but a conclusion is required to muster credible supporting evidence that mere opinions lack. And since evidence itself comes in varying credibility, when we’ve identified it how can we confidently trust it?

Subsequent chapters address, as directly and candidly pursuant to explaining with the utmost clarity I can muster, the evidentiary foundation on which my conclusions are grounded. After many years of inquiry focused on searching for an interface of science and spirit, I eventually concluded:

Corollaries that follow from these two conclusions are profoundly important for me, for you, for every living human being. Having concluded these things in ways consistent with scientific methods, such as use of statistical probability to understand quantum mechanics, I now believe them as well.

These are not small matters, and they require that I responsibly present in some detail the evidence on which my conclusions are based. I will spell out the grounds on which I became convinced that science and spirit are aspects of one unified reality. I shall also have a word or two on why I think the antipathy with which scientists and churchmen regard each others’ views is grievous misunderstanding which holds all humanity back from what should be our natural evolutionary advance, especially our spiritual advance.

The universe part of this story involves What and How. The purpose part involves Why.

For each of us as individuals, the “Why” is far more important than the “What and How.” Nevertheless, the What and How are so fascinating that they almost invariably distract us from the truly important Why. Moreover, a great many writings both scientific and spiritual address What and How, but if you’re searching for Why you must be alert because credible sources are much fewer and farther apart.

What are we doing here? Why are we doing it? In due course I’ll address these questions also, though by then you may have figured out the Why on your own.