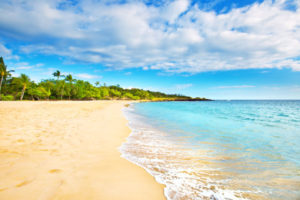 Returning to the present moment, I the author wish to remind the reader that I am faithfully reporting here the content of a dream as it was reported to me in the early morning soon after it was dreamed. In editing these words for clarity of presentation, I take care to report it as closely as possible to how I heard it, changing or embellishing nothing of substance. Its profound import stands on its own—and thus I submit it in certainty of its enormous power to influence minds and values, as it influenced mine.

I have long pondered “The Lesson” dream together with my M’sippisea dream and the “Silver Ribbon” NDE report. Together they highlight three of the several topics integral to this writing:  the ongoing failure of humanity to come together and cooperate in the interest of our mutual wellbeing and survival;  the impending terrible consequences if the overheating of our global biosphere continues unreversed;  and the deeply spiritual and practical implications of fundamentally important matters reported to us by the thousands of people who continue having near-death and spiritually transformative experiences.

The Lesson, which I recorded in detail as soon as I heard it, was reported to me soon after awakening by a person I knew well as an accurate reporter of personal experiences of the mind. All over the world, we are presently living The Lesson, with a majority of people in every society clearly aspiring to claim mansions and fill them with stuff.

The Silver Ribbon has that unmistakable ring of a remarkable personal NDE experience truthfully told, a style I recognize after some forty years of involvement with the International Association of Near-Death Studies. It well conveys the inevitable result of failing to learn The Lesson, of continuing our destructive high-consumption lifestyle.

M’sippisea is my own dream, written down immediately upon awakening. It conveys precisely the kind of world situation that common sense says we can expect three hundred years down the road from our presently suicidal course.

But how likely is it, really,—they’ll sniff—that such wild notions could actually happen?

A beautiful green island sits pristine in the middle of a vast ocean. Ten miles in diameter, it has abundant forests intermingled with lush meadows teeming with wildlife of every sort. Man discovers the island. Within a year twenty pioneer families have moved there to stay. They cut down a few trees to build their log homes, down a few more for firewood that clears space for fields and gardens, and hunt the native birds and animals for food. They send their relatives letters telling how wonderful it is to live in Paradise.

Relatives a hundred families strong arrive the next year. They too build cabins, clear fields and plant gardens, using native fauna and flora for supplemental food. Dispersed over the island, they clear a road straight across the middle for ease of quick transport and communication between the opposite coasts. They write to tell others of the good life.

A year later four hundred families arrive. Only the lucky ones find island timber with which to build, for it is disappearing fast—these late comers must import costly building materials. They also must import food, for there are no more deer, no more small animals—even the song birds and lizards have been eaten. The original settlers can no longer share from the gardens they depend on to feed themselves, and most have sold off their fields for building sites and profit. Too many people now reside on the island.

And still they come. Building sites are used up so there are no more lots for sale. Demand rockets up the price of existing houses. Self sufficiency has become rare, virtually all residents now depend on costly imports for their food and daily life needs. The island’s natural resources of every kind were long ago used up. There no longer are sufficient jobs to sustain the population. Many are unemployed but cannot afford the cost to leave.

Crime and drug addiction become rampant. Sewers are overburdened, sanitation declines, diseases increase, life expectancy goes down. Water sources are polluted throughout the island. Noxious runoff from dead streams entering the sea surrounds the island with toxic red algae. The very air carries a stench noticeable twenty miles downwind by those few who still approach from across the sea. Tourism is dead.

The island is grossly overpopulated, but babies continue to arrive, lots of new mouths demanding food, now. Human breeding continues as if nothing were wrong. On the now-impoverished hellhole of an island, it’s about the only fun they have anymore.

Our goal is not just an environment of clean air and water and scenic beauty,” my father said on Earth Day 1970 during his speech in Denver. “The objective is an environment of decency, quality, and mutual respect for all human beings and all other living creatures.”

By ten thousand years ago the number of people living on the planet Earth had ever so slowly incremented up to—probably—at least a million people. Some learned estimates put it at up to fifteen million, but nobody can prove anything so the conservative lower guess is as good as any. In breathtaking contrast, human population on the planet today is about 7.8 billion as of May 2020. For perspective, let it be noticed that one million is slightly more than one-hundredth of one percent of 7.8 billion (precisely, 0.0128%).

Getting up to the first million souls took the entire 300,000 or so years that the sapiens species of the genus Homo has been around, notwithstanding a couple of bottlenecks when—the genetic evidence suggests—our sapiens kind of Homo human got down to a mere thousand or so people on the entire planet. Imagine. Since that last bottleneck we’ve been, you could say, fruitful and multiplied.

Around ten thousand years ago it came to pass that, on average, most of the people in most of the inhabited parts of the earth made a choice to change their lifestyles. The change wasn’t made overnight, it took many centuries. But when it was over most of the people had given up their nomadic hunter-gatherer lifestyle and settled down in one place to farm the earth. It was a change with far reaching consequences that affect us today.

Nobody is sure why this very significant basic change happened, why it happened when it did, or why it involved such a large majority of the human species over so much of the planet. Some far thinkers have suggested an enamoration with beer—i.e., new beer lovers chose to quit roaming so they could grow barley—but that seems fanciful to me. I think I’ve figured out the real causes—as substantive as they are dramatic—but I’ll stick to the speculative consensus historians have achieved without the support of any real evidence at all. For now, I guess beer is as good a guess as any other guess, when you‘re guessing.

Farming introduced a new dynamic:  It enabled human population to grow faster than did hunting and gathering. Hunting and gathering has the built-in limitation that only so many people can wander around as a group feeding off an area’s natural bounty—nuts, berries, fruit, the occasional delicious animal—and maintain coherence as an intact group. Anthropologists, who are scientists with stronger opinions (some would say opinionated) than some other scientists (but not all, certainly not geologists), put the upper group limit at somewhere between thirty and fifty people. Some opinionated outliers run as high as 150 people, but turn that number of hunter-gatherers loose on a wild pear tree and see how many pears you get for yourself, your mate and child.

So, with farming producing the unintended consequence of increased population, thus it was that around ten thousand years ago, as hunter-gatherers (for whatever reason) switched to stationary farming, the grand total number of people on planet Earth began increasing. After some eight thousand years of farm life—about, say, year 1 of the Common Era—the increase totaled somewhere between a guesstimated 170 to 300 million people. Quite a few. City-states around the world had quickly learned how to produce annual food surpluses that tended to be controlled by small aristocratic elites who, almost everywhere, ruled over the masses of honest laboring people.

It took nearly two thousand more years for the world’s human population to grow to one billion around the year 1804. But we then took only 123 years to produce the second billion in 1927. A mere thirty-three years later we reached three billion in 1960. Clearly, we humans were breeding exponentially—like rabbits, as they say. It took only fourteen more years to reach the fourth billion in 1974 and thirteen years to the fifth billion in 1987. We reached six billion humans in 1999 and seven billion in 2011. Mygod.

Current projections—ever subject to change—place the eight billion mark around 2023, and—notice the slight slowing—nine to ten billion by mid-century. Even though populations are beginning to decline in a few nations, most estimates predict a worldwide human population by the end of this century in the range of ten to eleven billion people.

That is, if nothing major goes wrong. Maybe even if it does. For at least a brief while.