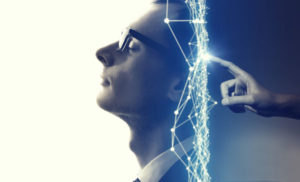 On a sunny afternoon in May 2009 I was sitting in my big white wicker rocking chair, my throne, in its place beside the hearth in our country kitchen. I had been outside much of the day laboring with manual, as they say. Hot and tired, I wanted a rest, a bite to eat and a cold dark stout, all of which were shortly accomplished. My wife was outside working in the flower beds. Then sitting there content, just “being” for a moment and thinking of nothing in particular, I suddenly felt I was in the presence of spiritual entities. Utterly unexpected, it had the “feel” of that long-ago encounter of my early childhood. I felt the definite presence of spiritual beings there in the kitchen with me.

Seizing on a sudden thought, I silently asked “Am I doing all this reading and seeking in order to prepare myself for that other life 300 years in the future?” Instant answer came surging into my mind, telepathically just as before:  “Yes!”  Strongly affirmative, I heard it as a group answer, as if multiple voices replied telepathically in unison. I don’t understand how I knew this, but it certainly was not the reply of a single “voice.” I immediately asked “Was [my wife] sent to help me make this preparation?” This reply was quick and unequivocal:  “Yyess!!,” said the voices enthusiastically, as if pleased that I finally “got it.” And that was it, I somehow knew the contact was over.

I sat there stunned, thinking over what had just happened. It must have shown, for my wife came in, took one look and asked what was the matter. I related what had just transpired and we spent the next hour reflecting on implications.

Interpretation: This brief experience was not only strongly confirming of the “future dream” that preceded it, it reinforced acceptance that spiritual experiences are real. It was as logical as it was visceral. How many 2 x 4s must be broken over my head before I get it? Was I holding back out of fear that some people might think me a bit nuts, or worse gullible, when they read of all that has gone on inside my mind? Looking back over all my paranormal experiences in aggregate, and considering the damn mess we allegedly thinking humans have collectively made of our precious world, I’m beyond caring what anyone thinks about my good mind. I know what I know.

Comment: I spent a lot of time pondering in the months following this brief encounter and the dream that preceded it. One paramount point was clear: Humanity is not going extinct. I was gifted with reassurance that my worst fear was groundless;  furthermore, the spirit which I am will be back 300 years from now, surrounded by others.

Other confirmations logically follow. After some point we’re going to use dirigibles for long distance travel. How utterly sensible. We obviously cannot and will not continue this profligate daily sending of thousands of jetliners up and around the world to dump their awful carbon-laden exhausts into our precious atmosphere—this will stop, one way or another. The only question is how soon—i.e., when, and how, will jet fuel run out?

Dirigibles on the other hand are a practical, simple human technology ideally suited for a post-fossil-fuel culture. My unexpected dreaming of dirigibles 300 years hence means civilization is not going to simply crash and burn, taking all our modern technology with it. It means future long distance travel can still be airborne, though it won’t be “mass” transit. There will be no masses, so need for mass transit will no longer be an issue. An interesting sidelight on this subject can be appreciated by looking up the new trend in research and development of heavy-lifter dirigibles. The big airships envisioned will have capacity to move the equivalent of trainloads directly from point to point above, and ignoring, our highways. This important development already has major traction in several parts of the world (none of them the USA) and warrants all the support we can give it.

Confirmed:  Global warming is proceeding unstoppably past multiple tipping points, all over the world. It’s going to happen—is in fact already happening, and rapidly growing worse. Fight it but accept its reality, and start adapting, planning new alternatives, now.

Confirmed: In the not-distant future, human culture and the world on which it depends will be much changed from the one we know now. Population clearly will be a lot smaller, for I saw vast forests over familiar terrain that I know is now at least 90 percent cleared fields. If any powered ground vehicles remain they won’t be used over long distances, for I saw no roads. If there were horse-drawn wagon tracks (surely yes), I could not see them through the nearly unbroken forest canopy. And in the background of everything else, I held certain knowledge of that broad inland sea not far to the west…

On a personal level, I realized I had been indirectly told to relax. Instead of getting quietly frantic over the awful consequences global warming “might” bring, I can stop worrying and accept the impending certain reality. The unspoken message was to quit wasting nervous energy over things I cannot much influence, get my thoughts in order, and move on to business that still matters greatly even in context of drastically changing climate. Dozens of civilizations before us have succumbed to changing climate;  our time has come, and—without any slightest doubt whatsoever—we caused it. We still are. The only difference is that this time it’s worldwide. There’s no place left to escape to.

So what are the things that will still matter greatly in a world that’s going to change as drastically as my dream foresaw—and science now foresees? A couple of things come to mind. One point, seemingly obvious, is that there is no reason to give up in despair. A high priority that is gradually (too slowly) picking up steam should continue to be placed on mitigating the effects of environmental decline and the terrible impact it’s going to have on people. How dismally few seem the people today with foresight to envision what must happen when our degraded soil cannot grow enough food. Educating them, for starters, is just one small aspect of that high priority. Everything we can do and plan to do that will mitigate the coming human suffering must continue and be intensified.

A good second priority is to consciously help prepare surviving generations how to live in the very changed world of a future that is not far off and approaching fast. What are the things important enough that we should try to ensure they will survive the changes? What knowledge, what tools and technology, and above all what values will be most needed and appropriate in the 22nd and 23rd centuries, enroute to the 24th? How can we help ensure, now, what will be available then? These are proper questions, and answering and acting upon them is a proper mission for all of us in the here and now. This seems to me far more worthy than going on year after year pretending tra-la-la that everything will be just fine and we can keep right on consuming all the resources as we’re doing now.

We are not irredeemably selfish capitalists dedicated to our stake in business as usual for ever-expanding markets and profits. No—we are better than that. We are citizens of our one precious earth home, preparing to ensure our children’s meaningful survival, and their children and theirs, along with all those other innocent little species we hold dear.

The task at hand is the most monumental humanity has faced in its existence on the earth. Every last one of us is needed to address it, to do our personal share to help mitigate suffering, food shortages, aggression by the desperate—to help our very civilization prepare for the drastically different way of life that eventually must emerge and be inherently, unavoidably, in harmony with earth’s realistic capacity to sustain. We can’t even give up on the fools who disavow global warming, for their energy is needed too.

How do we accomplish these things? How can we even hope to generate such universal cooperative endeavor when self-absorbed loudmouths so influence the unknowing with their selfish, silly skepticism, and so many unknowing others are complacent at best?

Clearly, the task we face is to change the way people think, on a massive scale, and quickly. Easy to say, is such an immodest quest even possible on any major scale? Well, if the earth were struck by a meteor one quarter mile in diameter, there is no doubt the thinking of everybody remaining alive on earth would be greatly influenced shortly after it struck. This scenario conceptually assures that the way people collectively think can be changed. Accordingly, I think everyone who understands the reality of global warming has a duty to try to convince everyone else who’s not yet convinced, because we’re all needed to carry out this greatest collaborative endeavor in human history. A business-as-usual mindset is our single greatest impediment to doing what needs to be done—now.

The most ambitious scientific mission may be to inspire humanity to act. …We all feel the chill our present casts on our future. Some part of us knows that we must awaken to action or doom our children to dangers and hardships we ourselves have never had to face. How do we rouse ourselves and keep from sleepwalking into a climate or nuclear catastrophe that may not be reversed before it has destroyed us and countless other species? How do we learn to value those things we cannot live without—air, water, the sustaining fabric of life on earth, the future—more than we prize the money and short-term convenience? Nothing less than a global spiritual awakening can transform us. The vastness of the universe—and love, the thing that makes the universe bearable—is out of reach to the arrogant. What’s real must matter more to us than what we wish to believe. But how do we tell the difference? … Follow the evidence wherever it leads. And question everything, including authority.  [emphasis added]