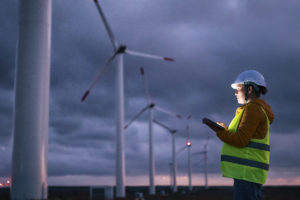 We are fortunate indeed that, in our time, the obscure subject known as economics is at last being opened up by a new generation of clear eyed thinkers, exposing it to the light of day. Some of their names appear in the Recommended Reading list at the end of this book. Actually understanding economics, they understand how desperately its simple, true fundamentals need to be laid out, examined and explained so that everybody can understand what’s going on. This is good because, assuredly, every person alive is profoundly affected every day by economics—most just don’t know it. Nor do most yet realize how economics is but one component of a unitary complex of human concerns that include the earth environment, political, spiritual and scientific perspectives, ethical choices and values, and a Godly mandate for all of us to attain knowledge, understanding, wisdom—and to help ourselves grow by caring for others, helping them grow too.

Well, that’s all I have to say about that. For now. Too late I’ll think of all those other things I’ll wish I’d said. I quite agree with that old folksong The Housewife’s Lament: “Pleasures they dwindle and prices they double and nothing is as I would wish it to be.” I’m trying to think if all these chapters leave anyone unoffended. If so, I apologize—I meant to be even handed.

The presence of a single person in poverty is a failing of the entire people. The growing inequality of wealth and persistence of the slaveholder persuasion are failings of the whole that is us. Financial manipulations and chronic economic booms and busts and worsening selfishness and power seeking are failings, as are closed mindsets and dividing into mutually hate-filled political camps. Abject absence of civic education about social contract and golden rule that enables election of divisive self servers to public office, and permitting such wrongnesses to stand through sheer inattention and neglecting to register and vote, are failings. Do we as a people value anything worth valuing over the long run?

We have become, or perhaps degraded back down to, the shallow materialists who don’t want to ever leave the meaningless amusement park of free mansions and trivial glittering stuff, take all you can carry, while the big guy stands quietly at one side—waiting for us all, together, to learn The Lesson. We can’t go truly home until we all learn it, every one. When we at last and finally arise, leaving behind our dead bodies to return to the earth, the only things we can take with us are our accumulated love and acquired knowledge. This certainty comes from the tellings of people who have had near-death experiences.

We must stop failing. Our basic failures begin with forgetting who we are, and failing to develop our minds, and failing to help others uplift themselves above the base instincts remaining in our evolved animal bodies. Some of my best friends are, ironically, animals who love more fully, more unconditionally, than do about half of all highly-evolved humans. Most of all we must upgrade our own failing perspectives to “responsibility”—to ourselves, to those many who are our other-selves in their separate bodies—to our planet Earth, our nurturing mother on whom we depend utterly. Through our failings we have put it all at great risk, and from this risk there is no escaping. It must be faced.

Since Roosevelt, they are all pygmies.

Buckminster Fuller advised against trying to change things by fighting existing realities. “To change something,” he counseled, “build a new model that makes the existing model obsolete.” He was right of course, and so we proceed.

1) everything we Americans need to buy shall be manufactured (or originated, such as fire insurance) right here in the USA;  2) we shall rebuild domestic manufacturing on a wartime footing as we did in 1942;  3) we shall ban foreign ownership of any business operating in the U.S., meaning that every business allowed to operate within the USA shall have one hundred percent American ownership; 4) we shall abrogate every international trade agreement that permits any disadvantage to American consumers; 5) we shall initiate massive infrastructure renewal. Additional renewal initiatives follow below; see many more in the  CaFMaC Appendix.