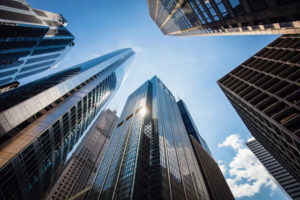 To participate in THE CONSENSUS PROJECT:

> Repeat for PARTS THREE AND FOUR (next two weekly postings to this blog).

> If these proposals interest you please Invite Others into The Consensus Project by clicking on the media icons at the end of each Part (email is under the  “+”  icon). After 100 people respond, I will post summaries on fixypopulist.com for all to see.  Thank You.

Mind your parameters.  I propose now to build a new economic model for our beloved USA starting right here, piece by piece, right now. Your job as my collaborator is to keep a close eye on our four parameters so we don’t go astray. It’s real easy to go astray in anything having to do with economics unless you’ve consciously excluded speculation, greed and top-down stupidity by design. As you know, no economist has ever done so before now, and few have tried. Since you and I thankfully are not economists, and most of us have at some time(s) in our lives experienced the anxiety of juggling insufficient money to pay all the monthly bills, our odds of designing a realistic, compassionate economic system are greatly improved.

The easy stuff.  Understand, we’re going a bit deeper than usual here. Providing all the supposed “great unmet needs” of our day may be taken for granted—the popular political-platform stuff like paid family leave, paid sick days, health care with a Medicare-for-all option, child care for working parents and elder care for working adult children, universal preschool—that’s all coming, and soon. So is arrival at last of equal pay and equal opportunity for women and people of color—any color at all. After all these years we’ll start building affordable housing once again, millions of smaller houses and decent, well maintained apartments people can actually afford, and the only homeless people will be those who choose it. And, because the tide of modern history has finally, finally turned, we’ll even take on complete demilitarization, retraining and bias screening of police across the nation, even while we’re removing and melting down all those presumptuous statues intended to celebrate—and hopefully restore—the long-gone traitorous Confederacy. Count on it.

The big fish.  No, that’s the easy stuff. We’re after bigger fish—in particular, the sharks and barracudas whose gluttonous selfishness has prevented these sensible social benefits from being implemented for a century. We’re going to take on those monster fish who value money higher than people. We’re going after the so-called Free-Market Global Capitalist System Itself (FMGCSI). Our purpose is to utterly replace FMGCSI with an ethical, intelligent, compassionate economic system that we ourselves design in such a way that it can’t ever again leave such fundamentally important human needs and values ignored and untended.

Un-do corporations.  Let’s get right to it. In every state it is super easy to legally charter and launch a new corporation. Since corporations are the source and cause of all our inequality problems, let’s focus new attention on how to take them back down. Our foremost top priorities are 1) corporate monopolies that deliberately stifle competition so they can run up the prices they charge you and me, and 2) corporate colossi grown uncontrollably too big for their britches. Often the two are one and the same, but not always—let’s identify them by type.

Natural monopolies.  Monopolistic corporations are inevitable products of capitalism. If you have capitalism you are going to have these takeover con artists, they will happen, they’re unpreventable. But monopolies are of two types—natural and unnatural, and only the natural type is actually unpreventable. What makes a monopoly “natural” is the fact that its business requires geographically extensive, permanent fixed infrastructure such as pipelines, railroads, and power plants and their cross-country transmission grids.

[The Consensus Project #5]  To ensure that these (and their prices) serve the public interest versus their own interests, we shall place all natural monopolies under the direct control and supervision of an appropriate level of government. Under government control the new measure of success for natural monopolies will be how well they serve All The People—not how much profit they produce. All descendants of the New Deal’s Rural Electrification Program will be included since most have evolved from their original co-op status to for-profit self servers and they all use fixed infrastructure anyway. Whether the controlling government is to be local, state or federal will be based on the size and nature of each monopoly. Interstate monopolies will of course be federally controlled, but government overseers at all levels will be responsible to keep monopolies well and fully controlled so they don’t gouge the people with artificially pumped-up prices, as unregulated monopolies always do.

Since natural monopolies are notorious for slouchiness, inefficiency and absence of ambition to try to do things better, let’s require them to continuously find ways to innovate and do things better, cheaper, more efficiently. Make this unavoidable, such that any failure to continually improve and innovate will significantly affect a monopoly’s staffing profile (watch for mandatory suggestion programs further along in this essay).

UNnatural too-big monopolies (identification of)  [The Consensus Project #6]  The other category—“unnatural” monopolies—consists of corporations that have grown gigantic through the machinations of mergers, buyouts, hostile takeovers and various other devious forcing of multiple profitable companies under a single conglomerate governing structure that can control them and siphon out their profit—a common method for feeding the already-super rich while producing nothing new of value. There’s a whole bunch of these, now grown so very big that even our huge United States government cannot meaningfully control their misbehavior. Indeed no government can, because they’ve become so sprawled out all over the globe. They play governments off against each other, shift billion$ across international boundaries at the speed of light, and in general exploit customers and everybody else as they please. Our first step therefore is simply to identify all unnatural monopolies that have grown “too big” under a system that allowed them to grow too big. Identifying them is prerequisite to dealing with them, even before we deal with the system that allowed—even enabled—such a travesty to happen.

And let us not overlook those highly unnatural too-big monopolistic mega-corporations now controlling the nation’s (i.e., our) vast digital infrastructure known as “the internet,” with its satellites and servers humming in great anonymous warehouses around the world. They’re all w-a-y too big. Every monopolistic purveyor of hardware, software, e-commerce and useless time wasting such as Google, Facebook, Microsoft, Amazon, tweet-twit et cetera—whose existence depends on the internet that was kickstarted by our (our) Defense Advanced Research Projects Agency at our taxpayer expense way back in the 1960s—let’s happily classify them all as either “natural monopolies” (which places them under government control) or “too big to fail” (see very next paragraph). And in very short order there’ll be some major changes made dramatically in favor of the public interest of all the people that has been so casually neglected by Google, Facebook, Microsoft, Amazon, tweet-twit et cetera.

Abolish all corporations not placed under governmental control. [The Consensus Project #7]  Given history’s firm attestation that corporations—especially the very huge purely financial banks, insurers and other launderers who manipulate money itself to generate more money—cannot be stopped from seeking endless growth, ever-greater predatory profitmongering, stifling competition, serving themselves rather than the public interest not to mention causing repetitive economic crashes and destruction of the people’s wealth, let’s abolish all (yes, all) corporations in two simple phases.

In Phase 1 every corporation defined as “too big” or “too big to fail” will be broken up into smaller pieces that can no longer harm people and the public interest if they do fail. We’ll start by subdividing the gigantic financial bank$, rein$urer$, $tockbroker$ and other colo$$i whose endless speculating with other people’s money causes so much trouble for us all. The resulting new smaller organizations will have new names that don’t convey or imply any relationship to the defunct corporate name. Subdividees will be required to collectively buy out the former corporation’s shareholders, paying a trifle of interest spread out over ten years exactly as did the great tobacco buyout some few years ago.

In Phase 2 we’ll work our way downward, abolishing all remaining lesser corporations of every size, every last one. This will include de facto corporations thinly disguised as phony cooperatives such as Farm Bureau, Southern States, and New Deal electrification holdovers still calling themselves co-ops. First in line under a bloody ax will be hedge fund vultures, speculative investors, mortgage/commodity bundlers and schemers of monetized derivatives howsoever these may have been fraudulently concealed in the ambiguously deceptive fine print. Then will be abolished all the others—every enterprise that is chartered as a corporation. Phase 2 will wrap up by outlawing the very concept of “corporation,” precluding the possibility that any corporation, of any nature or size, will ever again exist anywhere in the USA, its territories and possessions. Eliminated—an historically endless problematic maker of trouble where there was no trouble—poof.

Remaining NON-corporation merchants using our economic trading system.    [The Consensus Project #8]  Excepting only bona fide employee-owned cooperatives, all other (meaning not incorporated) companies, partnerships, self-employed persons and entities engaging in commercial selling of products and/or services to the American public—including farm and agricultural producers of every size—will be designated as “entrepreneurships.” All those new small organizations that were created by the breaking up of corporations will be required to make a one-time choice between being designated as 1) an “entrepreneurship” or 2) an “employee-owned cooperative.” All employees of these entities, casting one vote each, will make this choice by simple majority vote. After this great sorting, all co-ops will be owned by their employees (all employees, every one), while entrepreneurships may be owned however they please by any combination of American citizens.

The Ownership rule.  [The Consensus Project #9]  No co-op or entrepreneurial enterprise in the United States may have any owner who is not a U.S. citizen or a natural-born resident of one of the USA’s territories, possessions and colonies (such as Guam and Puerto Rico), nor may they issue—ever—stock shares because this practice will have been abolished along with the corporations. This is called the Ownership Rule, and it will go a long way toward ensuring, forever henceforward, that American business interests have built-in motive to keep the U.S. public interest in mind.

The 5% rule.  [The Consensus Project #10]  No cooperative or entrepreneurship in the United States, its territories, possessions and colonies (such as Guam and Puerto Rico) will ever be allowed to control more than five percent of the United States market for whatever it sells. This is called the Five Percent Rule, which I hereby declare holy and inviolate. Any commercial organization that grows to exceed five percent of its market will be immediately subdivided into two new entities, each again controlling less than five percent of the U.S. market for whatever it sells. This can happen again and again, without limit, as organized sellers instinctively seek endless growth, as the record shows most of them eventually tend to do.

Six down, more to go.  There now. These ten changes alone eliminate a huge percent of the problem. After centuries of troublemaking, corporations will no longer be around making trouble where there was no trouble, doing what they inevitably must do. No more crushing or gobbling up corporate competitors so they can jack up prices, no more hiding untaxed profits offshore, no more booms and busts from speculative stock bubble gambling, no more shipping our good American jobs overseas. And our entrepreneurs and co-ops will still have full capacity to meet the demand for all goods and services needed across the US of A—which is quite very much a whole lot of sales for employee-owned co-ops and truly free-enterprise entrepreneurs to keep busy with…

…while the CEOs, CFOs and stock speculators will all have to go find honest work…

One thought on “THE CONSENSUS PROJECT: Part Two (of 4)”