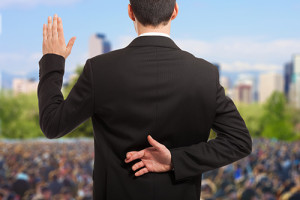 My pal Elmore Bland not only thinks too much, he makes other people think. Like me for instance. After learning about the corrective virtues of attending Poverty School and Gambling School, I think maybe a real cost effective “prevention” program could be set up as well. Stop the crime before it gets committed, so to speak. As I have envisioned it, all those iron-jawed wavy-haired Greek-like CEOs and their high-finance go-getter bright boys would, as soon as they’re hired, be sent to spend two or three weeks in Poverty School and Gambling School before they enter their new jobs.

Maybe, I think, I’d modify Poverty School’s learn-it-by-living-it modus just a little by adding in a small classroom component. I’d set up a ramshackle, uncomfortable Milton Friedman Stupid Room to teach it in. It would have very hard benches made from split logs, and no student would be released for supper until every student in the room convinced me they sincerely believe it’s inhumane, even cruel, to pay any of your employees as unethically, immorally, small a pittance as can possibly be got away with. I think I’d also want an essay from these well-heeled me-first MBA brats on why making yourself opulently rich by paying your employees a minimum wage that’s too low to buy the bare subsistence needs of life is inherently stupid – the root of revolutions in fact – as well as cruel and immoral. I’d make them list all the differences they can think of between a professional gambler and a stock market speculator or investment banker.

Think of it as up-front seminary training in sensitivity and empathy for their fellow Americans who are working two jobs, still can’t make enough money to keep the old car running or the kids consistently fed and when they do eat it’s processed junk food guaranteed to make them diabetic, obese and malnourished all at the same time. Those poor working yet underclass Americans who, as Elmore says, have no prospect – none, ever – of rising out of their stress-filled lifetime of poverty in this golden land of endless opportunity, struggling through their daily lives in our somewhat dimmed alabaster cities, lacking time and means in their hardscrabble survival to even notice much less visit the purple mountain majesties way over yonder above our fruited plains.

Then here’s a new crop of underclass Americans too young to even know it wasn’t always this way. Too young to remember those bright economically-secure decades their grandparents and parents enjoyed between 1946 and 1980, back when real politicians (with a few notable exceptions) ran the country in pursuit of ideals instead of ideologies. Way back before they were born, before the free-market brigands began – with Whitehouse collusion – evading the governmental regulations that protected the rest of us from their machinations – then killing off the regulations altogether. Running wild.

I’d make them all write on the blackboard, for all to see, what they think Jesus would do for their very-poor employees. I’d find out if these bright boys are aware of how well Henry Ford paid his employees, and why he did it. I’d require them to define greedy bastard and speak at length on it in front of their peers, who would then critique and pick them apart – extra credit for sarcasm. I’d make them compare and contrast the obvious attitude of modern America’s wealthiest top few percentiles with the apparent attitude of France’s tax-exempt top-one-percent Second Estate in the year 1788 as captured by Fanny Alexander’s regrettable social commentary in her Hymns for Little Children:

The rich man in his castle, the poor man at his gate,

God made them high and lowly, and ordered their estate.

Maybe then, after receiving Sensitivity-Empathy training in the Milton Friedman Stupid Room, when a high-finance bright boy is tempted to bundle and sell low-value balloon mortgages that another bright real estate boy with predatory used-car mentality tempted their struggling fellow citizens into signing – or is tempted to rebundle and sell their clients’ twice-repossessed homes yet again, this time as “rental derivatives” – perhaps he’ll remember his experiences at Poverty School, be struck by newfound sensitivity and empathy, and turn his bright-boy energies to innovative projects a tad more ethical – such as quitting his Wall Street job and launching a chain of small healthy food stores in blighted urban deserts where there are no grocery stores at all, much less fresh lettuce at any price. Staffed with local residents paid a living wage, of course.

I’d teach things you can bet they don’t teach at the Chicago School. I would release no scheming high-finance bright boy from class in the Milton Friedman Stupid Room until he earned an A. Yeah, prevention, that’s where it’s at…

Still, I think…would that really be enough? Could prevention actually prevent the economic problems so insidiously now in our midst, increasingly affecting all our lives, like slow growing but out-of-control mushrooms which we’re just now noticing have become forty feet tall and are taking over our yard? As intoxicating drugs and STDs have long proven, there’s only so much you can prevent. Sometimes the odds and the human urges just thwart your desire to make things better, and that’s that. Plus, there’s all that inertia…

Still, I think again, there’s always room for new ideas, third options. Now that I think about it – mulling over the manifold benefits of Poverty School and Gambling School for our social fabric at large – something inspires me to the thought of how very much those two correction-based schools need a seriously corrective new companion. It’s an obvious need.

No candidate for any public office whatsoever – dog catcher to top dog – local, state or       national – would be certified eligible to run for any office of any nature until he or she first attended two weeks of Politician School. Make that six weeks. I’d challenge conventional thinking. Just in case they might actually be able to persuade enough people to vote them into the office they’re seeking, I’d administer tests to see whether these people are really ready for the heady responsibility of civic leadership – which means convincing ethical, intelligent people to willingly follow them. I’d introduce novel concepts into their mindsets – such as focusing their campaign speeches on discussion of important Public Issues that affect us all instead of spending most of their time rooting around for Campaign Money behind closed doors with the moneybaggers who stand so ever ready to buy public politician obeisance to their private financial self interests.

I’d test these would-be politicos to see why they even want the elective office they’re running for. Multiple choice: For the good salary it will pay me while doing very little real work; For the extra money I can extort; For that heady feeling of power over others; For the title, I just adore titles; So I can sabotage the office from the inside and downsize the damn gummunt; even, So I can accomplish something good on behalf of the people.

After screening out those megalomaniac egos who are just barely short of crazy – thereby degrading the possibility that they might someday rise high enough to run for president – I’d make the rest read the Constitution. Actually read it. And memorize key sections. Then write a long essay on the purposes for which government exists. I’d have fun watching their faces as they struggle – often the first real thinking of their lives – to say what government is really for. They’d better get it right, or else. I’d conduct classroom exercises in gridlock versus compromise, and create awful penalties for failure to govern. I’d make sure they all learn the meaning of the word govern, because most won’t know.

I’d make them take a test cleverly designed to reveal whether they believe this “doer-taker” crap, whereby mega-vain little unfulfilled egos imagine themselves to be illustrious members of a super-elite corps of super-capitalist illuminati doers who – they enrapt – make everything of any importance happen, and, with ironically misplaced condescension, disparagingly regard everybody else as “takers” who parasitically mooch off the doers’ (their own) Magnanimous Superiority and Great Works. Real great works, they tell themselves, such as draining wetlands, filling in low spots with miscellaneously toxic landfill, building subdivisions over it all, then hard-selling the cookie-cutter septic-tank pricey McHouses to earnest hard-working wage earners who are just barely eligible to qualify for balloon mortgages with obscure fine print promising a hefty interest increase after only two years – all of which the self-imagined doers regard as good for future business.

Those who pass – meaning they don’t believe this doer-taker crap – would get a gold star and could (might) be approved to run for public office. Those who fail would get a free three-day field trip to the Ayn Rand Selfish Room at Gambling School where they’d be intensively grilled on the meaning of Jesus’ words about the last shall be first and the first shall be last. I’d make each one stand in front of the class and discuss the Dumb Dawkins Theory (DDT) of the selfish gene, then write a twenty-page paper on whether such a thing as free will actually exists in humans and animals, buttressing their arguments with not less than thirty examples of free will irrefutably in action – or inaction, as their argument goes. Their arguments must be irrefutable per my own extraordinary standard.

This would be a good place to drop in some discussion on how responsibly moral choices are inherently impossible if free will does not exist (the opinion of scientific materialists, who are a substantial fraction of all scientists) or – the same thing in obverse – equally impossible if God knowingly and deliberately predestined everything that has happened, or ever will happen, since the Creation (a view held by many religious fundamentalists, who are a relatively meager fraction of all sensible religious people) – both views being thought remarkably nuts by people who possess rational, truly open, minds.

If the bright boys’ arguments didn’t impress me I’d make them define and contrast proactive ethical choice with passive moral turpitude. In consideration of their political aspirations and the enormous responsibility which attends attainment of public office, I’d find out if they believe global warming doesn’t exist, or if it does exist but is not caused by human-generated carbon dioxide, and those who fail to meet minimum standards of intelligence would have to take an IQ test and tell everybody else how they scored.

For my scholarly coup de grace, I would require essays on three topics: 1) George Washington and John Adams were right and they’re still right; 2) Thomas Jefferson, excepting only his brilliant Declaration, and Robert E. Lee, even with his almost-brilliant military strategizing, were muddled-thinking slave-owning hypocrites; and 3) define and describe slaves, feudal nobility, peasants, Victorian aristocrats, gas mart employees, capitalist corporate lords, and megabillionaires – and design bathrooms for each.

Politician School, yeah. But I have a feeling that if Elmore knew my secret thoughts he’d tell me to forget it, that Politician School is just too much to reach for, too much to chew until we humans evolve a bit further into our elevated spiritual destiny. Poverty School and Gambling School, he’d say, are as much as we can handle at present, the best we can do. He’d probably be right. Elmore’s always right so far as I know. He thinks more than I have time for.    …I wonder what he’d think of a Stupid School For People Over 50…