Maisie’s  Dead: A Comedic Tale of Love and Marriage 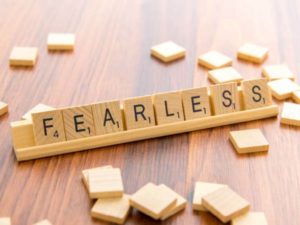 …that … floozie… and her…her wretched pile of husbands.  I wish I could just fly back to last Sunday night and erase that damned phone call!

Well, you can’t.  But the game’s not over yet, let’s see how it turns out.

…B …L …A …B… Your turn Jessie.  Think you can top Germaine’s triple word score?

Germaine!   What if Frieda sees that?  Not to mention your other bell ringer!

Mama, buzz the door and let me in.

Mama, press the confounded buzzer!  You forgot to unlock the door again!

I think I heard the tizzy in her voice.

Jessie, do you think Frieda might look at our board?

Hello Mama, Maud, Germaine.  Mama, can we go for a walk?

Honey, it’s all right, Maud and Germaine already know there’s some awful problem with the Mississippi man.  We’re all friends here, and we turn to each other when we have things we need to talk about.  What was it you didn’t want to say over the phone?

Those husbands are driving me crazy!  I never know when they’re going to straggle in from the barn, barge into my kitchen looking for coffee…  especially that Clyde.  He even gets in the refrigerator when my back is turned!  Privacy is dead at my house!

As bad as all that?

It’s worse!  I don’t know how these poor old boys paid the bus driver to get here.  They’re all living from hand to mouth.  One of them “borried” five dollars from John this morning. How far can you go on five dollars?  If I didn’t feed them they’d starve!

What about this man from Mississippi?  Do the other men know what he told you?

They do not!  I told him to get the details for me and not to tell the others!

Mama, it’s about you!  Do you think I want those galoots talking about my mother out there in that barn?

About me?  For heaven’s sake!  What are you talking about?

Mama…  I have to tell you something.

All right, go ahead and tell me.

SHARE THE BLOG:  If you enjoy contents of this blog

please invite your friends to see