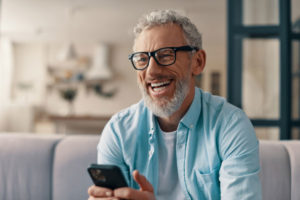 When you see Bill you’d better chill, ‘cause it ain’t

grill. Nor is that a frill hangin’ under his gill, so don’t make him ill,

‘cause still can go Bill up and over the hill with Jill—behind the li’l old mill.

He can kill krill with a quill, he don’t need no pill, his fadings are nil.

See past the window sill, down over the rill—there’s Bill with his skill,

got a bird by the tail and making it trill, ‘til its chirping grows shrill.

There’s Bill cashing profits into his till,

‘til over the counter they spill,

See good ole Bill, in his

We’re sure gonna miss you Bill,

‘Cause we love you Bill.

Tribute to Himself The Venerable Bill Leroy on the

occasion of his remove to Baltimore’s distant shores.