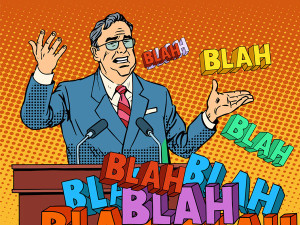 There is a natural sequence of learning and forming opinions that we all experience, and it goes something like this. First, we know nothing about a particular subject, may not have even heard of it. Then we read or hear some facts (or others’ opinions) about that subject and, interesting or not, a bit of what we read or hear gets stored in memory. Whatever portion of that memory we can thereafter recall constitutes our “knowledge” of that subject, however scant or fulsome it may happen to be, regardless whether based on fact or opinion. Take special note that opinions are not facts nor are they knowledge, though they can “seem” to be, but – regardless – they get remembered.

Sooner or later, we encounter (hear, read, observe) some new information and/or opinion about that same subject. Without much conscious intent or effort, we mentally “compare” the new information to the original information stored in memory – or as much of it as can be recalled. Comparison normally occurs quickly, at or below the threshold of awareness, and produces a synthesis of the new information with the old. The result is an updated version of what we “know” about that subject. In the updating, some of our original thoughts may have been revised or discarded, some of the new may have been adopted or rejected. In any case, memory now contains a newer version of our opinion, or knowledge, or what we think we know, about that subject. The updated version might be unchanged from the original, though it usually is at least a little different, a little expanded and refined – perhaps more “thought about” than before.

For any subject of which we already know “something,” each new input on that subject, from any source, tends to claim our attention more than do inputs on other subjects about which we still know nothing. Each time a new input on a “known” subject claims our notice, we again compare and consider the new input against the latest version held in memory, again synthesize and end up with a yet newer revised update. After so many times of this, we can become fairly well informed about a subject – though this is no more inevitable than that all opinions will be undergirded by factual knowledge.

For any given subject in your memory, this mental updating process can repeat again and again, as often as you continue to encounter new information, or opinions, about that subject. Such “encounters” can come from any of your primary senses, i.e., visually reading or observing, hearing, tasting, smelling or touching-feeling. You may systematically pursue new input, perhaps by enrolling in a course led by a knowledgeable teacher, or pursuing a self determined course of reading. Or you might just hear a “late-breaking story” recycled fifty times, then a hundred, on radio and TV over two days till you’re sick of it, which fairly well exemplifies the evolutionary process I’m describing.

Without reference to the five ordinary senses, new “input” can also be of your own invention, via your own thinking. If you find a subject particularly interesting – if, in other words, it “makes you think” – you may call up that subject from memory again and again, each time thinking more about it, exploring it mentally, Sherlock Holmes-like. When you do this, your own powers of rational thinking such as they are – applying reasoning, logic, shades of subtlety and meaning to the things you already know about the subject – can lead to input as new and real to you as if you had heard or read it. And the results of such thinking can be positive, neutral or negative. But take care, because some self-generated inputs unfortunately carry risk of self delusion. As known by persons familiar with the old folk song “Banks of the O-hi-o,” people have been murdered because a jealous lover convinced himself of unfaithfulness where none in fact existed.

Regardless how new input is acquired, the result is always the same: again and again, you acquire updates on a given subject. Your “knowledge” of that subject grows.

Along with such incremental buildup of topical knowledge – regardless of the quality of the knowledge – people tend to start forming one or more opinions about that topic. Thus so easily we drift from fact gathering to theorizing. After all (we reason), the more we think we know about something, the more we feel justified in holding an opinion on it. It’s rather an entitlement, a human right – and thus so easily we drift from reasoning to rationalization. In fact, opinions can be formed based on a great deal of factual knowledge, or – jumping the gun, so to speak – on very little knowledge. Sometimes on almost no knowledge at all, or even mere heresay. Know anyone who does that?

The sad truth is we all tend to do it, even if we try to be on guard against sloppy thinking, and we all includes me and you too. Such opinions, once born, might be mild, mattering little to you – even if someone probed out your new opinion and then disagreed with it. This sort of thing happens all the time. On the other hand, mild opinions not uncommonly evolve into strong opinions. This also happens all the time. Strongly held opinions sometimes motivate actions. Such actions sometimes benefit the common good. Sometimes they don’t.

In any case you now have “some” knowledge on a given subject, accompanied by one or more opinions about it. The two things – the knowledge and the opinions – become a mental filter. On that subject, you now use that filter every time you encounter further new input on the subject, passing it through your compare-and-update routine. You don’t consciously think about the filtering, it just happens. It goes with forming a mindset.

Now notice. Such filtering tends to slow down acquisition of new knowledge on a subject. Updates may not occur quite as quickly as they did back when that subject was new to you. Filtering also tends to put a “spin” on any new acquisitions, so they’re not quite as objectively neutral as were earlier acquisitions. This shows up, for example, as spin in news articles and political speeches. Your knowledge on that subject becomes a little less neutral, reflects a tad more spin.

After some point you might even quit updating at all. People do. You decide to just stick with what you already know, think, opine. No more changes. Close enough. This very commonly happens absolutely all the time – constantly – at all levels. Even in church, even in Congress. Even in hallowed halls of the open mind. Possibly even at Harvard.

What began as simple updates on a subject you barely knew or cared about may, by this point, have become a matter of complex thought about a subject that often occupies your conscious attention, now matters greatly to you. You quickly notice each bit of new information that comes your way, knowing you must 1) consciously decide whether you wish to update, or keep as is, your opinions and understandings on the subject – or, alternatively, 2) instantly reject any and all new inputs that differ from your evolved knowledge and opinions, as the case may be. In the latter case, mindset has set in hard.

You may now feel so strongly on that subject that you just might display ill temper if your opinions are questioned or, worse still, challenged. You may even – as can happen – have become completely closed minded about the subject and, snarling, decline to hear a word more from any upstart who dares evidence a hint of disagreement with your by-now Very Firm Opinions (widely known as VFOs). Such things happen with great frequency absolutely all the time and can be noticed just everywhere. Do you recall observing the phenomenon in any of the people you saw during the past week? In yourself even…?

Reaching such a rock-hard position is by no means inevitable; it’s just one of the myriad gradations of mindset that can be arrived at on any given subject of which you have become knowledgeable and hold opinions. Alternatively, you might be so inclined toward open mindedness that others’ disagreement with your opinions doesn’t much bother you, and you remain at all times clear eyed and open to the prospect of learning more. This latter ideal is believed to be the minority alternative, though I know of no double-blind controlled studies on the matter.

I’m not the first to figure out the sort of “evolution of thinking”  described above. A math-whiz English clergyman named Thomas Bayes came up with the same idea in the eighteenth century, expressing it more simply than my long-winded version:

One might quibble as to whether updates always produce “improved” beliefs, but Bayes point is well taken. His little formula survived decades of marginalization and controversy to become, in modern times, a cornerstone of sophisticated robotics projects where the robots must “learn” by analyzing and comparing continual inputs of data. Google has used the idea to program those robotic camera-cars that have driven many thousands of miles in recent years without running a red light or hitting a pedestrian.

Bayes’ contemporary, French mathematician Pierre-Simon LaPlace, used the equation each time he received new data in order to distinguish highly probable hypotheses from less likely ones. In one application Laplace wondered why there were slightly more boys than girls in late-1700s Paris. After collecting demographic data from across the world for 30 years, he applied Bayes’ Rule to conclude that the boy-girl ratio is universal and determined by biology. A lot of research serves to confirm the obvious that way.

But you never know what’s going to turn out useful. In the 1970s, Bayes’ 250-year-old theorem was used by John Nicholson, commander of the U.S. Mediterranean submarine fleet, to compute the probable paths of Soviet nuclear subs. Bayesian math is today used for many things, including separating spam from email, decoding DNA, and assessing medical and security risks.

Interestingly, until the second half of the twentieth century Bayes’ Rule was widely rejected by the mathematics community on grounds that it was subjective and unscientific. This mindset, equating “subjective” with “unscientific” as if they meant the same thing, is still around and broadly influential in the modern world. The consequences are deeply significant for all of us, and will be discussed at some length later in this book.