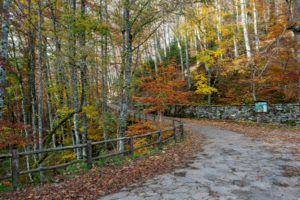 [lights up on Paul and Marie, both standing at easels in Prospect Park;  he tutors her]

Paul                 You learn so fast, Marie. Where shall we paint tomorrow?  You’ve outgrown this park, you’re ready for some new subjects. How about the beach out on Long Island?

Paul                 Indeed I am.  I’m running out of spots to paint here in the city.  Ed Jackson says good artists have already painted everything for miles around.  It makes my work harder to sell.   [pause; he turns to her:]   Have the Catskills all been painted yet?

Marie              Whatever is convenient for you, Paul.  I will accompany you there, and see that you get settled in properly!  I promise, you are going to like Highmount!

[lights down;  Lights up on Paul and Lillian]

Lillian              Paul, I do not understand!  Moving here was the smartest thing you’ve done in years!  You’re actually beginning to get some genuine name recognition in New York City!  Don’t you realize how valuable that is!?  Why would you walk away from it?

Paul                 Happiness is a goal I no longer seek.  In any case, the Catskills are full of artists!  The area around Highmount is an artist colony!  I hear our own sister plans to open a studio at Woodstock.  That’s not far from Highmount.

[lights down;  Lights up on Highmount mansion;  Paul and Marie, arriving together, are greeted by her sister Mrs Emery who also has slight Belgian accent;  Paul carries suitcase and easel]

Ms. Emery     Welcome, Mister Sawyier!  Marie has told me so much about you!

Ms. Emery     Oh ho ho, you are funny too!  You will fit in here.  [waves to house]  This is Bonnie Aire, my summer cottage.  I take summers here, then in late September always I go back to my city home.  You will like it here, Paul.

Paul                 I like it already.  Marie tells me Highmount has many beautiful scenes that have never been painted before.  I should like to present you with some new paintings to thank you for your kind hospitality.

Ms. Emery     I would like that very much.  Your art shall be hung with honor in this house.  We have fifteen rooms, and your room is    [she points]    over there in that wing.  What time do you wish the maid to awake you?  Will you take breakfast in bed?

[lights down;  Lights up on BC Todd and Ms Todd, both face audience at one side of stage]

Todd                B.C. Todd, here.  This is my wife, Missus Todd.  I was caretaker on the Emery estate from 1914 to 1918.  I was here when Missus Myer – that’s Missus Emery’s sister – when she brought Paul Sawyier up here from the city.  I thought Missus Myer always acted like she was a little bit in love with Paul.  She sure spent a lot of time alone with him, way back on the grounds, nobody around but just them. She’d bring him art supplies.  And money – she’d slip him five or ten dollars at a time.  I saw her do it.  Gave him clothes too, including a nice heavy coat, and warm underwear.

[Spotlight up on Paul and Buyck on other side of stage, trying to paint in coats and blankets]

The coat and underwear probably helped him stay alive that winter.  Paul and a Belgian expatriate named Edward Buyck that Missus Emery invited in – Buyck was an artist too, who had escaped from the Germans – well they both had to move out of the big house when Missus Emery went back to her New York place that fall.  She let them stay the winter in her studio, which was really just an old Dutch Reformed chapel.  The place was good enough in warm weather, but in the winter it was dreadful cold all day and worse at night.  Had one fireplace which didn’t help much –  high ceiling, you know. They got by wearing their overcoats and wrapped up in blankets.  They subsisted on canned victuals and almost froze to death.

Paul would sketch out through the window when the snow was deep or the weather bad, but he liked to go outside when he could.  He did manage to finish a number of paintings there, often with his coat on.  It was funny.  With Highmount’s beautiful scenery all around him, most of his finished paintings were scenes of Kentucky.   He told me he painted them mainly from memory.  I think that’s amazing. A lot of his paintings were done solely as trade-in value for food, whiskey, cigarettes… bus fare to city galleries.

[Spotlight down on Paul and Buyck, they exit]

Mrs Todd       They would have starved to death if it wasn’t for us.  They had a standing invitation to our house, and they both took dinner with us frequently.

Todd                But Paul always seemed to feel hurt, like he thought he had to accept handouts because of his circumstances.  But he didn’t seem too hurt sometimes when he would ask me to loan him three dollars for train fare so he could go sell his paintings in New York.  That’s how we got several of his paintings, in trade for these little debts he owed. On the way home he’d always spend a little at the tavern down the road. Then pretty soon his money was all gone again. Seemed like he was always broke.

Mrs Todd       We would loan him our horse and sleigh for short trips to town, just down the road, to buy cigarettes and groceries, and…    We gave him small sums of money, and I got the impression his sister Lillian in New York also sent him money.  He told me he exchanged letters with her and his younger sister Mary Campbell.

[Spotlight up on Mary Campbell standing at opposite side of stage]

Mary Campbell          Paul and I were always very close.  Especially after our brother Henry Wingate died so young.  Lillian thought Paul’s move to Highmount was foolish, but I felt sympathy for him.  He desired more isolation since Mayme’s death, even though he was practically destitute.  He wrote me and said how cold it was up there.

Lillian              Moving to Highmount was foolish and his stay there was dismal.  On one of his few trips back to Brooklyn, I asked how he liked Highmount.  I will never forget Paul standing at the window, with his back to me, and without turning his head, he said, in a low, grave voice: “Lillian, it was as near hell as anything on this earth could be.”

Mary Campbell          But he retained his professional ambitions, and he stayed active in organizing his exhibitions both in New York and Kentucky.

Lillian              I warned him!  It was a long period of stark privation with no customers, practically no sales, and interminable suffering … and he put himself into it.

Todd                Paul’s bad situation was alleviated time and again by Missus Myer from her private purse.  She really tried to help him.  She would frequently come up to Highmount and try to prevent his drinking.

[Spotlight up on Paul drinking at a small table, Marie standing by him; they mime talking]

Mrs Todd       And get him to eat.  He would just stop eating during his drinking bouts.

Todd                But he was discreet about it. He stayed out of sight when he was drinking, and managed to retain his social image as a “gentleman.”

Mrs Todd       One time when he seemed rather down, he told us that his whole life had been a disappointment.  He often reminisced about Frankfort, and the Kentucky river, and the houseboat he had lived on.  He said he wished he could go back to that kind of life.  I think this brought on his despondent spells, which came pretty often, and were usually followed by his drinking sprees.  When he sold a picture and got a little money he would get some bourbon whiskey and stay to himself until his little spree was over.

[lSpotlight down, Buyck exits;  spotlight up on Paul (now sober) writing a letter; he reads aloud:]

Paul                 Hello there, Townsend!  Was mighty glad to hear from you.  Have been up here in the Catskill Mountains since last spring, and am immensely pleased with this sort of scenery.  Have a big barn of a studio, and am arranging for an exhibition this coming spring in Albany.  Another later in New York. This is a country of hotels and summer homes – big fine places that are deserted except for a few weeks in the summer.

There is something of an artist colony here. Being associated with these painters has helped me lots in my work, and I’m getting so I can almost hold my own in the bunch.

Only two are permanent fixtures – Buyck (a Belgian painter) and myself – while the others come and go.  Just now we own the whole business.

Excepting for a shipment now and then to Brower, I am clean out of the water color game.  I’m giving all my attention to oils on medium size canvasses, around 25 by 30 inches.  Whenever you have a chance let me know what’s doing in Kentucky art circles, and other news and gossip.  With best regards, I am yours most sincerely, Paul Sawyier